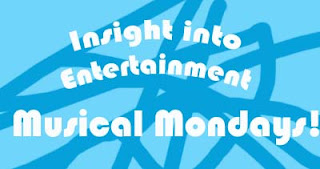 The first Broadway show I ever saw was Les Miserables when I was about eight or nine.  Not long after, I saw the revival of Guys and Dolls.  I actually saw the final performance of the original cast - Nathan Lane and Faith Prince, Peter Gallagher, J.K. Simmons, among others.  It was an amazing performance, Peter Gallagher was moving on after that night.  A few years ago I went through a period of obsession with Frank Sinatra, his music, his movies, etc. and caught Guys and Dolls.  I'd seen scenes from it over the years, but hadn't watched the whole movie, which also stars Marlon Brando (yes he can seriously sing), Jean Simmons, and Vivian Blane, as well as Sinatra.  It came out in 1955, five years after the Broadway premier, and is set somewhere in the 50's or so and is one of the greatest romantic comedies ever.  Sinatra and Brando play gamblers Nathan Detroit and Sky Masterson.  Nathan runs a craps (dice) game that floats around New York City wherever they won't get caught, catering to rich other gamblers.  Nathan has been engaged to cabaret singer Adelaide for fourteen years (they keep getting off the train at Saratoga on their way to Niagra Falls to get married!).  Meanwhile, Nathan has made a bet with Sky that he can't get the head of the local church mission, Sarah Brown, to go to Havana with him (this is pre-Bay of Pigs).  Sky is smooth, cunning, and sexy as hell thanks to the magic Brando could still exude back then.  He convinces her to go with him by promising to bring 12 sinners to the mission so she can reform them.  In Havana, she gets drunk and there's a huge dancing scene.  That's probably my only criticism with the show and the movie, the extended dance sequences.  There's another one near the end when Sky is trying to convince 12 guys to come with him, by rolling craps for them.  "Luck be a Lady" is the song, and is often really extended for dances.  The title song describes Nathan and Sky's final problems - that guys will do anything for a doll (woman, in case you don't speak 50s).  There are quite a few more kitschy songs, but all tell something of the story - "If I were a bell" is Sarah's drunk song about how she'd rather be uninhibited and ring like a bell.  Adelaide has two songs at her cabaret show (one was written just for the movie), as well as her laments about Nathan not marrying her.  Near the end Adelaide and Sarah get together and sing about nailing down their guys and marrying them as soon as possible.  The movie does a terrific job bringing the play to life.  All the exterior scenes are cartoonish graphic representations of New York City or Havana, but all the interior scenes (which are the majority) are perfectly depicted to represent the places all the gamblers hang out.  The direction is good, but not particularly different than the plays I've seen.  My favorite song from the movie, "Adelaide" was actually written specifically for Sinatra for the movie.  It describes how he actually loves Adelaide and can't believe she loves him too.  I couldn't find it on Youtube, but the one below demonstrates Brando singing.

I love this movie so much. I didn't see it until I was a junior in high school and immediately fell in love with Brando. I've seen it on stage once, but it was after I'd seen the movie a dozen times, so I prefer the film of course.

Ok, now I've got to break out my dvd and watch it very soon. Oh, and my favorite song is Luck Be a Lady.

Rachel, I re-read my post, and I meant to say that the dance sequence is BEFORE Luck Be a Lady and it sounds like I don't like that song, which is awesome. It's the long dance sequences taht I'm not a fan of.